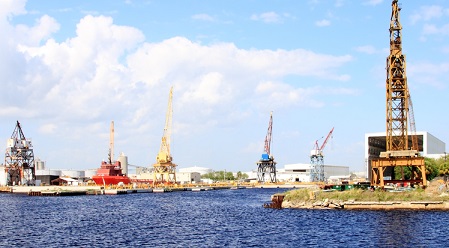 Lots of restaurants, retail stores and businesses have been opening and expanding in the Tampa Bay area.  The year 2014 was a banner year. It was capped off by the well-covered launching of Jeff Vinik’s vision for the properties and vacant lands that he has acquired near the Amalie Arena.

Here are 5 companies that made their move to expand in Tampa in the first month of the year 2015:

This project includes a speculative building which is set to open in June for office, warehousing and manufacturing use. It will be located near Interstate 4 on County Line Road. The estimated total capital investment is $20 million. It’s expected that the project will jump-start the opening of restaurants, retail and industrial businesses along Country Line Road.

2.   Tampa Tank Inc. and Florida Structural Steel (TTI/FSS) will build a facility and retrofit an existing building at Port Redwing, a property of Port Tampa Bay in the Gibsonton area, to fabricate steel and iron structures for export.

Tampa Tank builds steel petroleum tanks and pipelines and exports them worldwide. It has offices in Guatemala, Panama, Colombia and the Bahamas. It started operating in 1953 and acquired Florida Steel in 1984.

It will create 84 jobs at Port Redwing and will add 24 jobs at its headquarters in Ybor City. The project is also expected to revitalize Port Redwing and inspire other companies to expand in the area. Total capital investment is $18.25 million. This project is a victory for Tampa and Hillsborough County, as it was learned that Tampa Tank was considering to expand in the Bahamas.

3.   Cody Talbert Distribution, a wholesale supplier of parts and accessories for recreational vehicle dealers, service centers and campgrounds, will move its headquarters from Orlando area’s Kissimmee to Plant City. It will invest $200,000 and will employ around 30 people for technology development, distribution and technical support.

Cody Talbert plans to expand across the country and manage facilities from the
new Plant City headquarters.

4.   German company SLV Lighting, a manufacturer of residential and commercial lighting products, will expand its North American headquarters and distribution center, which is located near the Tampa International Airport. It has been operating in Tampa since 2009.

It will build a new facility along nearby Johns Road, where around 22 new employees will be hired for engineering, accounting, purchasing and project management activities.

5.   Big Brothers Big Sisters of America will move its national headquarters to
Tampa.

The 110-year-old organization, which has 331 affiliates nationwide, will help boost the city’s national profile with its network of donors, directors and affiliates. Big Brothers Big Sisters is that country’s biggest mentoring organization supported by volunteers and donors. It helps kids facing adversity or children of low-income or single-parent households by pairing them with screened volunteer mentors who can help them achieve greater confidence, educational success, better relationships and avoid risky behaviors.

It was former Tampa Mayor Pam Iorio, hired in 2014 as CEO and president of the organization, who spearheaded the move from Dallas, Texas to Tampa, her hometown.
She has committed to head the organization until 2019.  With help from the Tampa Hillsborough Economic Development Corp., which she helped found in 2009, she was connected to Parkway Properties which offered office spaces at West Shore’s Corporate Center One rent-free for five years. ROF Furniture donated office furnishings and Beck Group donated design-and-build services.

In 2014, the nine companies listed below created hundreds of Tampa jobs and are expected to continue creating jobs in the years to come: